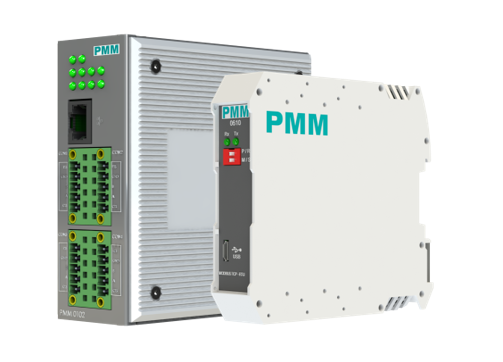 PMM1104 is the ideal solution to rising utility rules for export control in residential and medium-sized commercial PV systems.

The export is achieved by restricting the quantity of solar energy fed into the grid by altering the set point of the system's inverters. As the integrated power analyzer calculates the total power at the connection point and compares it to the controller's programmable set point. The controller continually increases or decreases power on inverters while reading active power from the Net meter. PMM1104 raises power when the active power is above the maximum set point, and decreases power when the active power is below a particular set point.

The PMM1104 zero export controller can be used in single- or three-phase systems and can be compatible with up to 12 different inverter manufacturers types. PMM1104 is a single device that combines a power analyzer, data logger, and controller. A new generation of single component solutions. The zero export at any moment prevents the solar system from connecting to the grid.

Furthermore, the real-time control feature which can be used with web interface, provides a graphic representation of the historical and current grid and solar power use. The controller stores the data for further analysis on a USB. The self-consumption can be increased by applying intelligent switching of loads with user-adoptable thresholds.

PMM1104 supports a large number of different inverter manufacturers such as SMA, KACO, ABB, Fronius, HUAWEI and many more.